I started engraving as a self-taught hobby in the early 1970's, having always been artistic.

I trained in Agriculture and later in zoological sciences, working firstly in farming with livestock, then later as a Laboratory Technician responsible for the running of laboratories in a large public school.

The engraving slowly progressed to a part-time business, and in 1981 I eventually became a self-employed professional engraver following my first major commission-engraving an inaugural presentation chalice for U.S. President Ronald Reagan. Lots of work fortunately followed, including large commissions for H.M The Queen, H.M The Queen Mother, and other members of the Royal Family, as well as The Sultan of Oman, The Emir of Kuwait, The Sultan of Brunei and many other notably persons. I have exhibited in Japan, the U.S.A, Hong Kong, Italy and Germany.

Being very much a country person, with a knowledge and love of nature, this is obviously the subject matter which I prefer to engrave, but I take commissions for any subject, such as portraits, buildings, family crests, pet portraits etc.. in fact anything from one initial upwards. 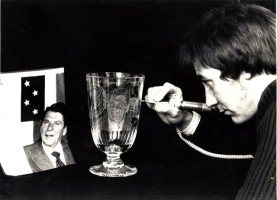 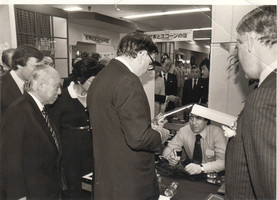